This piece was exported across the far seas to Europe during the middle Edo period. The Imari porcelain, with cobalt blue underglaze and colorful or gold overglaze, delicate and gorgeous at the same time, was highly appreciated by the European royalty and aristocracy. The lion on the knob of the lid highlights its magnificent elegance.

This is an "Early Imari" piece from Saga, Arita area, where the first porcelain was born in Japan in 1616. As this was a period of experimentation, the piece is uneven in both form and glaze distribution. This technical lack of maturity, though, gives it a deep and rustic warmth. The boldness of the knotted string pattern drawn in soft brushwork and unexpected of very early Edo pieces creates an original and modern feeling.

Today a world treasure registered as World Cultural Heritage, Mt. Fuji is depicted here. The imposing outline of Mt. Fuji covered with clouds and towering above the trees is strong and emanates a power that you can feel by just looking at it.

Dutch people are clearly depicted in a variety of colors in a Japanese landscape. The different expressions of the Dutch people wearing hats and cloaks and playing with children while smoking their pipes make this a unique and enjoyable piece.

On a background of foliage and flowers drawn in careful brush strokes extending to every corner, the piece features a Phoenix bird in its center and four dragons and phoenixes, one in each corner. It is a graceful work, with spectacularly beautiful finish and perfect harmony of zaffre color and glaze.

This vessel is called a "Beard tray". When the gentlemen of Europe shaved or washed their beard, they placed their chin against the semicircular shape of the tray and used it as a dripping saucer. A string was passed through the two holes at the top, to hang around the neck, or as wall decoration, as it is believed to have been used as an ornament as well as for practical purposes.

A piece made for export, this has order-made holes drilled on top of the handle for mounting a metal cover after arriving in Europe. With a shape that was new in Japan at the time, it depicts elegant Japanese traditional patterns. The artisan who made it was probably wondering too about how it was going to be used.

A piece made by special order from Europe, featuring in its center a coat of arms that apparently belonged to the Van der Meij house in Dordrecht, the Netherlands. The surrounding foliage and flowers are gorgeously painted in red, green, and gold. This is a foliate rimmed dish with a rare color scheme.

This piece has an auspicious image of the “Three friends of winter” (pine, bamboo, and plum) stylishly depicted together with the typical Imari arabesque pattern and a rim gilded with gold. The vase's beautiful shape and slender neck contribute to its unmistakable elegance.

A bold and carefully drawn flower arabesque pattern covers this large bowl thoroughly. Deep respect and emotion arise in face of the intensity and focus of the craftsman who held the brush. The vivid shades of zaffer emphasize the pattern of this spectacular large bowl.

Using enamel colors on top of blue and white underglaze, and celadon technique for the outline, this piece features an exquisite composition of bamboo, bamboo shoots and bamboo leaves. The stunning power of expression, and skill of the artist, as well as the fusion of strong energy and elegance are impressing.

A lovely dog is drawn ingeniously surrounded by flowers and butterflies to add flavor to this small dish. Although small, this piece has an overwhelming presence.

Welcome and thank you for visiting our site! We offer Ko-Imari Tour Exhibitions to the customer's designated venue in a museum exhibit style. We would be happy to support town and area revitalization projects by bringing the "Ko-Imari Tour Museum" into company or organization events.

We own approximately 1,000 Imari items, a style of porcelain born in the Edo period in Arita, Saga Prefecture. Among these are about 100 exotic items made for export to Europe, or depicting the customs and culture of the Dutch people. Porcelain craftsmen at the time depicted the Dutch people, or animals like dogs and elephants based on only imagination and hearsay, which gives the images unique and comical expressions. Such pictures will definitely resonate even with the modern young generation.
By using our services, we hope you can feel a stronger connection with "Ko-Imari" porcelain, not as unattainable antique art, but as tableware indispensable to daily life. Please enjoy "Ko-Imari", porcelain with a 400 year-old history and legacy beginning in the Edo era that continue to enchant people both home and abroad.

My encounter with Ko-Imari was pure serendipity. I was on a hot spring trip a few decades ago in Suwa. One of my friends who liked antiques took me to an antique shop where I ended up buying a small noodles cup set out of social obligation. As buckwheat noodles are one of my favorite foods, I bought the cups for obvious practical purposes. At the time, I didn't have the faintest idea what Ko-Imari was or how much it was worth, but as I kept using them I began to feel a warmth that modern tableware does not possess. Everything started from there for me. I began buying and studying reference books, and I learned that Imari it was the first porcelain fired in Japan in the Edo era and that it had influenced western porcelain styles including Meissen in Germany. My passion for Imari grew stronger. Many of our Imari items were collected by my wife and me in our travels throughout Japan or the United Kingdom. Some of these Imari pieces returned to Japan after very longs journeys.              Come and try to imagine the history and stories behind each of the pieces gathered here by destiny. 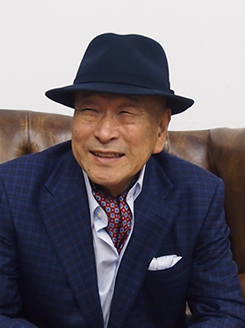